Dominicans honor one of their own today, Blessed Bartholomew of Vicenza. This was a man who used his skills as a preacher to challenge the heresies of his day. Bartholomew was born in Vicenza around 1200. At 20 he entered the Dominicans. Following his ordination he served in various leadership positions. As a young priest he founded a military order whose purpose was to keep civil peace in towns throughout Italy.
In 1248, Bartholomew was appointed a bishop. For most men, such an appointment is an honor and a tribute to their holiness and their demonstrated leadership skills. But for Bartholomew, it was a form of exile that had been urged by an antipapal group that was only too happy to see him leave for Cyprus. Not many years later, however, Bartholomew was transferred back to Vicenza. Despite the antipapal feelings that were still evident, he worked diligently—especially through his preaching—to rebuild his diocese and strengthen the people's loyalty to Rome.
During his years as bishop in Cyprus, Bartholomew befriended King Louis the Ninth of France, who is said to have given the holy bishop a relic of Christ's Crown of Thorns.
Bartholomew died in 1271. He was beatified in 1793.

What is present to me is what has a hold on my becoming.
I reflect on the Presence of God always there in love,
amidst the many things that have a hold on me.
I pause and pray that I may let God
affect my becoming in this precise moment.

Your death on the cross has set me free.
I can live joyously and freely
without fear of death.
Your mercy knows no bounds.

To be conscious about something is to be aware of it.
Dear Lord help me to remember that You gave me life.
Thank you for the gift of life. Teach me to slow down, to be still and enjoy the pleasures created for me. To be aware of the beauty that surrounds me. The marvel of mountains, the calmness of lakes, the fragility of a flower petal. I need to remember that all these things come from you.

The Word of God

Brothers and sisters:
I consider that the sufferings of this present time are as nothing
compared with the glory to be revealed for us.
For creation awaits with eager expectation
the revelation of the children of God;
for creation was made subject to futility,
not of its own accord but because of the one who subjected it,
in hope that creation itself
would be set free from slavery to corruption
and share in the glorious freedom of the children of God.
We know that all creation is groaning in labor pains even until now;
and not only that, but we ourselves,
who have the firstfruits of the Spirit,
we also groan within ourselves
as we wait for adoption, the redemption of our bodies.
For in hope we were saved.
Now hope that sees for itself is not hope.
For who hopes for what one sees?
But if we hope for what we do not see, we wait with endurance.

Jesus said, "What is the Kingdom of God like?
To what can I compare it?
It is like a mustard seed that a man took and planted in the garden.
When it was fully grown, it became a large bush
and the birds of the sky dwelt in its branches."

Again he said, "To what shall I compare the Kingdom of God?
It is like yeast that a woman took
and mixed in with three measures of wheat flour
until the whole batch of dough was leavened."
- - -

Some thoughts on today's scripture

What feelings are rising in me as I pray and reflect on God's Word?
I imagine Jesus himself sitting or standing near me and open my heart to him.

I thank God for these few moments we have spent alone together and for any insights I may have been given concerning the text.

View NAB Reading at USCCB.org
Subscriber? Login to view archives.
30th Week in Ordinary Time
All creation is groaning in labor pains even until now. (Romans 8:22)


We all do it—groaning. Something goes wrong, and we sigh dejectedly. We hear bad news, and we moan in disappointment. Disappointment in itself is a natural thing, but when you feel moved to groaning, what does it tell you about the situation? And more important, what will your groaning move you to do?
When you come right down to it, groaning is a sign that deep down, we recognize that all is not as it should be. We all have an inner, hidden sense of the glory God wants us to experience. And we all know that we fall short of that glory. We understand too that we are still works in progress, that we don't yet experience the fullness of the life we were made for. And so we groan longingly, like a woman in labor. She knows that her baby is coming, but isn't here yet. She knows that the process is painful, but she also trusts that the result will be glorious.
Believe it or not, groaning is actually a sign of hope! We groan because we know and believe that we are meant for more. We expect that wonderful glory that we do not yet see. If we had no more hope, we wouldn't care anymore. We'd just resign ourselves to the status quo. But deep down, we know that God hasn't given up! He's still moving his creation forward to the glory he has intended for us.
So when you catch yourself groaning, recognize that it's a good thing! Your inner self is recognizing that you are not yet clothed in glory—but you hope to be. There is more of the kingdom yet to be built, and you are longing to see it come to fruition. Use that groan as a springboard for intercession and action.
So rejoice! God isn't finished yet. He's still at work. Remember, childbirth is a process that, once begun, doesn't stop until a new life comes into the world. You are undergoing a similar process—the birth of a new life in the glory of heaven. That's worth a few groans, isn't it?
"Lord Jesus, I so want to see the glory you have in store for me! Help me see the ways you are moving us all closer to that goal."


Psalm 126:1-6
Luke 13:18-21
Podcast Page: http://hipcast.com/podcast/H55PKNJx
my2cents:
I will try to be brief, because the Gospel is brief, but it's smallness is greatness, and let this be an example of humility.  The 5minutos talks about the lands that suffered dryness.  Plants soon died, trees soon died, and in the vast dryness a spring was barely giving drops of water, and there a small flower was living.  It spoke "What point is there  with only me giving two drops of water?" and an ancient dying tree nearby heard and replied before dying "no one is waiting for you to make green the whole desert again, and the fields.  Your work is to keep giving life to that flower that is by you, and nothing else..." and so we are called to give life to your family, your work, your community, your city.  Make grow the Kingdom of God where you act every day.  Another reflection I read (super long text) said "God always acts in secret and with small things.  God does great things with small things.  Our danger is to forget these simple things...".  It's those little things that we make into big things.  Faith.  Feed it and it will flourish.  Or if that little problem you keep feeding is nourished...it will grow too.   It's the story of the Indian chief that told the story of two fighting wolves, a black wolf and a whilte wolf and the children asked "who will win the fight!?" and the answer came "the one that you feed".  Last night, we sat in a meeting with RENEW international, a program for parishes, and our Bishop was accompanying us.  Meeting was about over and a lady asked a question, "how big should our group be? 10 people? 12?".  The answer was somewhat shocking, something like "if you have 30 or 40 families..then 3 or 4...1800 families maybe 10-15".  What?  And this is about evangelization!?  Isn't it about growing wildly and in high numbers?  Yet, we must go in faith.  Just a handful for now, that's all God is asking.  Just give me this little bit...and watch.  Watch what happens, watch what is about to happen.  If you are faithful, then what have you to fear?  They showed a video of a witness story. It was a man that came to the U.S. at the age of 12. He was crying at a birthday party because he couldn't see his family and it was his dad's birthday too.  A woman came up to him and askeD him why he was crying.  He wouldn't say.  Eventually he shared, and she said "let me give you a hug, a hug from your mother" and he said "I felt God holding me".  Isn't that amazing?  Something so small that goes such a long ways?  Watch what God does with your faith.  You just remain strong in your faith and grow stronger in humility.  He does everything right, and you will realize this when you get right with the Lord.  As we drove home, a faithful parishioner I was giving a ride to spoke all the way home, an hour drive.  She was talking about how she used to be a nun, "there was no God there, you couldn't feel His presence there" she said.  "They made me do this, and made me do that, and they were so mean to me..." and she went on and on about how she was mistreated and almost wasn't let go as she called her mom to come pick her up because she had decided to quit.  That being said, why is she here say 50 years later still found slaving away for the Lord?  I mean, certainly they couldn't knock humility into her right? LOL.  Something caught my attention that you did not hear, "I loved the Father so much" as she spoke about priests.  That love of the Father kept her strong.  That little seed mattered.  We agreed, that we invite people and years later they accept the invitation to come to the Lord.  His timing is not ours.  Ours is a seed.  Given.  To be given.  As a matter of fact, my penance for confessing this Saturday was for me to pray and to give this cross to someone.  I haven't given it yet, but I'm constantly thinking about it, waiting.  What's holding me up?  What's holding you up on giving?  Time is ticking.  I've had it for going on 3 to 4 days.  Every day counts.  Every day passes by fast.  Fast our birth into the new world is coming.  Learn the lesson of humility and love, one makes the other one grow.  Which one goes first?  This servitude and slavery will eliminate the atrocities going on in the world, the divorces, the gossip, the slander, the greed.  Learn what it means to Love, and to Love God above all... 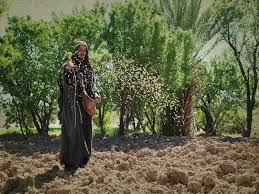